Hi friends, As we know that Windows 8 is quite a new operating system, Microsoft is already working on two major upgrades. The first one of them is reportedly called Windows Blue and may arrive as soon as this summer in the form of a Windows 8 upgrade available at absolutely no cost, while the second is the full Windows 8 successor, apparently adoption Windows 9.

It is not surprising that Microsoft is to jump from one OS version to another after just a year due to the growing competition against Android and ISO, especially with the feeling of loss in the battle. The Start button will finally leave the Windows OS environment and Windows 9 would focus on developing the Start Screen with more configuration options.
Some screenshots caught the tech radar.com displaying the new Internet Explorer 11 and an improvements to the Search charm which will show results from multiple apps automatically, similar to the universal search performed by the Windows Explorer. Windows 9 tablets may become cheaper,  smaller  and with more apps in contrast to the current Windows 8.
"We know that our growth depends on our ability to give customers the exciting hardware they want, at the price-points they demands," Microsoft CFO Peter Klein said,
Windows Blue is rumored that it will be optimized to run on 7" and 8" tablets which are devices dominated by Apple and Google. This means that Windows 9 will improve "scaling" for applications and help developers to create Windows version of their apps without too much effort on rewriting due to different resolution sand screen sizes. Another aspect to be looked after is the Power Management. Bruce Worthiness discussed the fundamentals with Channel 9. He leads the team which is working on Windows power management and technical information about saving power in the OS and the improvement in Windows 9. 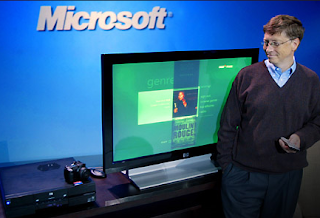 "If you look at the number of times we would wake up the CPU per second. For Windows 7, you would typically see numbers on the order of one millisecond. We would literally be waking up the CPU a thousand times per second. If you look at Windows 8, on a clean system, we have numbers that are better than a hundred milliseconds."
Other features expected with Windows 9 are kine ct-based 3D gestures similar to what Xbox uses now, 3D cameras or maybe two Web cams, and possibly a Direct Experience as well. Microsoft has not yet announced any details about the upcoming plans or any real proof about the arrival or changes in both successors, but for those who are already familiar with the state of Windows 9 are expecting to see it on 2014. The assumed plan of Microsoft is to release the Windows 9 beta version on January 7, 2014 and the first release candidate on July 2014. If everything goes smoothly, Windows 9 RTM may be completed on October 2014 and possibly be publicly released after one month.

One comment: On Microsoft going to launch Windows 9 with new features in October 2014