Microsoft has already started work on a new Windows called Threshold , although the company remains tight-lipped on the subject, new information emerges on a regular basis.
Microsoft is also pondering the possibility to offer free versions of Windows RT and Windows Phone as part of the Threshold roll out in an attempt to challenge Android OS and gain more users in the mobile sector. 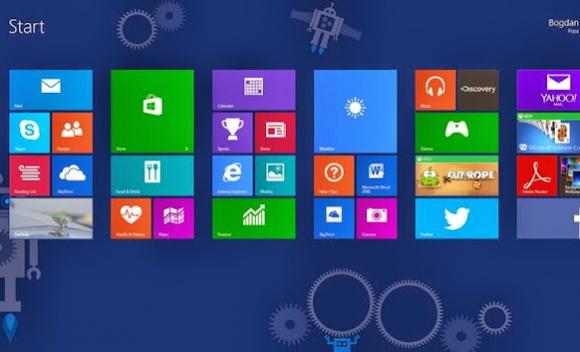 Even though Threshold is supposed to bring together the tablet and the mobile phone both operating systems, it turns out that Microsoft thinks that this is not enough, so it plans to make both of them free for manufacturers.

This basically means that OEMs that will be selling devices running Windows RT and Windows Mobile Phone will have no license costs related to the operating system, so it would be cheaper to develop such products and bring them to the OS market. Microsoft has promised to bring an avalanche of products running it's modern platforms to the market ever since Windows 8 got to see daylight but, up until now, manufacturers have been fairly reticent when it came to adopting Windows RT.

for example : Some have even decided to abandon projects based on Windows RT and focus instead on the full version of Windows 8, including large companies such as Samsung.
Windows Threshold, on the other hand, is going to change this, as eliminating license fees would clearly open the door for many manufacturers looking to capitalize on the growing popularity of Windows.
Threshold is expected to launch in early 2015 and, among other improvements, it’s also expected to bring back the traditional Start Menu, in another attempt to get closer to buyers and boost sales of the desktop OS.