Windows 9 Design Looks Like as Linux Or Mac OS X ?

Windows 9 is very awaiting in early 2015 and while Microsoft remains completely tight on the subject, it can’t get to see some potential designs of the upcoming operating system.
Designers from all over the world are using the information we have at this point to create concepts of imagination of Windows 9 and even though some have very slight chances to see daylight, they are still making users dream about a major makeover of the next Windows version.

This belonging to the new concept p0isonParadise is giving a complete to the desktop not only by bringing back the Start button and the Start Menu, but also by moving the task-bar to the top of the screen, sometime Windows 9 looks like as Linux or Mac OS X. 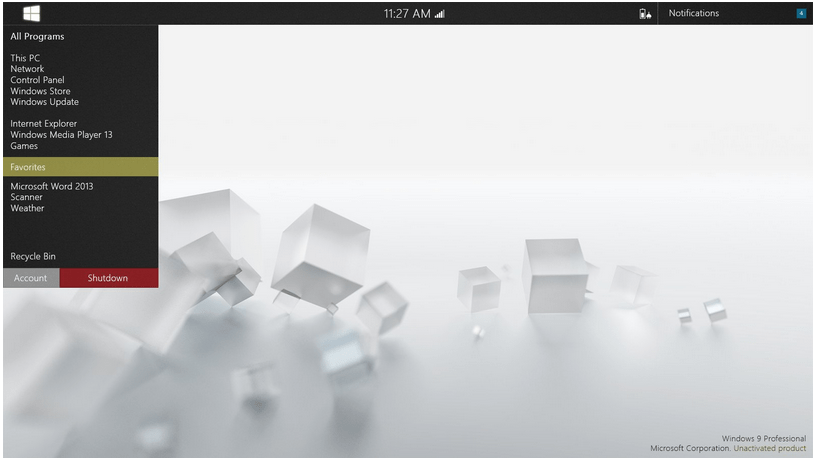 While such a change could actually make Windows even more confusing, the designer also added a new logon screen "re imagined for more simplicity and light colors," as well as a new notification bar and new transparent buttons.
The welcome display in center which has been around for years is back in this Windows 9 concept, while your favourite programs can be easily added to the "Favourites" menu list of the Start Menu.

Such a dramatic change is may very unlikely in Windows 9, especially because Microsoft is struggling to make the operating system much more secured and user friendly also revert some of its past decisions, such as the removal of the Start Menu. 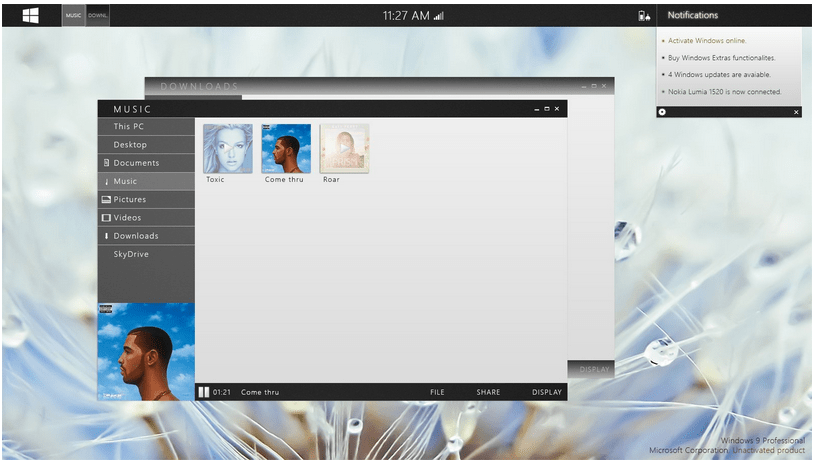 Windows 9 launch in April 2015, with work to begin in just a couple of months. The Start Menu could indeed be brought back in Windows 9, along with options to run Metro apps right on the desktop in their very own separate windows.

Difference between Raster and Vector images