Windows Blue is boosting Windows 8’s success, according to figures provided by StatCounter for the week of March 24, New Microsoft operating system is quickly increasing its market share.

Windows 8 has finally reached a 4.12 percent market share, becoming the fifth most popular operating system in the world and overtaking the iOS platform. 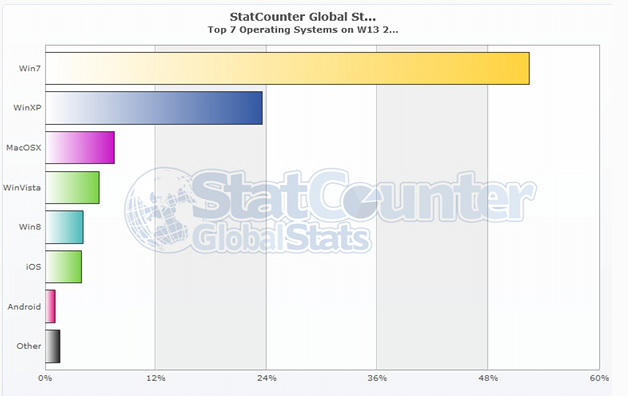 Windows 7 is, obviously, number one with 51.41 percent market share, while Windows XP comes second with 23.52 percent. Mac OS X is third with 7.52 percent and Windows Vista arrives the fourth with 5.84 percent.

While everybody expects Windows 8 to take off in the coming months, Microsoft may have to wait until mid-2013 when Windows Blue is expected to be launched to users. Blue is the first major Windows 8 makeover likely to bring a long list of improvements in this OS, including UI enhancements and new attractive and security features.

Windows Blue Public Beta May be Released in June