Today we are going to share something that's even more exciting and supposed to come as a tribute for the Windows XP operating system that'll be retired on April 8.
What we have here is the official keynote of Bill Gates during the launch of Microsoft Windows XP in 2001, as Microsoft's co-founder said at that time, marked the final end of MS-DOS era and the beginning of a revolutionary decade that brought us quite a plethora of new technologies. 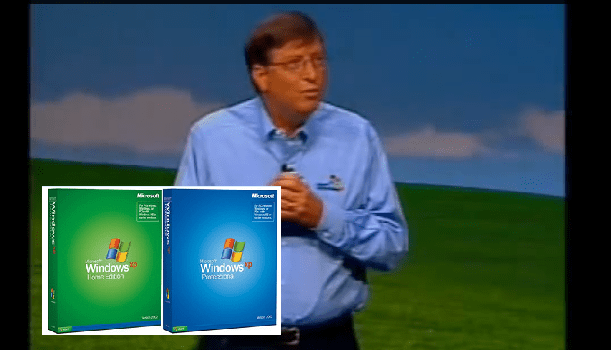 We all well know that, Windows XP will be officially Shut Down and discontinued on April 8, after approximately 13 years on the market and despite the total 28 percent market share that makes it the second most used operating system worldwide(Windows XP).

But fact is that without doubt Windows XP will continue to live on for a little bit time, as some users are not yet prepared to jump and move to a newer OS version just yet, even though there is no doubt that their system could become vulnerable in a minutes if a hacker finds an unpatched vulnerability.

Below video is clearly worth a look at, not only to see the Windows XP coming to life, but also to watch Bill Gates and the way keynotes were held at that time.

Image Over Slider Effect Moves Across The Image

Easy to duplicate image of yourself in 5 minutes