Major Differences Between Windows 7 and Windows 8 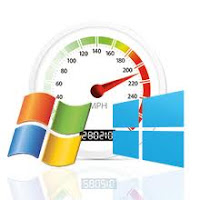 Almost all of you know that windows 8 have some specialities in compaire to windows 7, let us know that what is Major Differences Between Windows 7 and Windows 8 and why we choose windows 8.


* Desktop : Microsoft has replaced the normal shortcut icons with dynamic tiles. You can change their size and place similar applications around each other- or anything else that my suit you.


* Mounting iso images: Windows 7 could only burn an ISO image to a DVD but Windows 8 actually betters this by offering you the option to mount the image too. In Windows 7, you didn’t have the option to make virtual drives to use the ISO image’s content but Windows 8 allows you to create a virtual drive to mount the ISO image so that you can easily use it just like a normal DVD.

* Built-in Antivirus(bad news for hackers): Windows 8 has an antivirus present inside the kernel of the operating system. This means that your system won’t boot if a corrupt USB device is plugged in. It sounds impressive though I don’t know whether it would pass the test of time…. and viruses! All in all, I do expect Windows 8 to be a serious upgrade on Windows 7 and with Microsoft working on the things that require some tweaking; I genuinely believe that Microsoft is finally ready to launch an OS which will take the world by storm.


* Multiple monitors support in Windows : Microsoft announced that customers can use more than one monitor to connect with Windows 8 operating system. Windows 8 PC management allows customers to use multiple monitors at same time. It means Windows 8 offers flexibility by allowing start screen at one monitor and desktop in another. Customer can also choose taskbar on both screens with different icons on each monitor. Moreover, you can play with background images as well by changing it separate on each monitor. Such support is not available with Windows 7 operating system.

* Windows based apps store Windows 8 operating system introduces on right of the screen. The settings section includes contextual apps like volume, brightness, restart and power options. You can share content, links, app reviews, contacts, metro apps, Facebook and twitter applications with your friends or colleagues. Windows 8 store offers both desktop apps and ecosystem for developers. On the other hand, Windows 7 OS is missing all t
new app store in which different apps is implemented for various devices and settings
hese features. 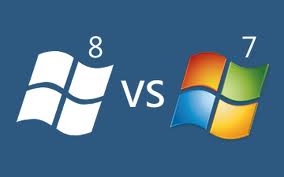 * Inbuilt Windows Touch features: The main difference between Windows 7 and Windows 8 comes with its metro style interface that provides live title of rectangle shape which has replaced the icon pattern in Windows.

* In Windows 7 operating system, software shortcuts are in the form of icons. As far as the touch interface is concerned then Windows.

* supports touch interface but not that much, what was expected. So, Windows 8 comes with true touch interface for Metro style apps. It is fast way of accessing data by using an improved on-screen keyboard and handwriting recognition

Captures ALL keystrokes of your pc into a log file

One comment: On Major Differences Between Windows 7 and Windows 8